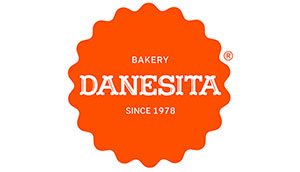 When Danesita decided to rely on Tradeco to expand their sales in China, we had the challenge of increasing the sales they already had with a well-known international distribution chain. We also had to make the most of the remaining months of a Dancake licensing agreement with a well-known Portuguese soccer player.

The flexibility and ability of Danesita’s team has been fundamental to manage the agreements with the importers. This is just the beginning, and we are sure that expansion will continue as we continue working.

“We would like to thank the Tradeco team for their support and dedication that has allowed us to be present in such a challenging market as China. Their role is fundamental in allowing us to strengthen our presence there, identifying market opportunities and helping to bridge the differences in communication, culture and customs, resulting in a successful relationship.”

Pioneers in the production of industrial pastries in Portugal, Danesita is the export brand of Dancake products. Danesita can be proud to produce cookies, Danish cookies, buns, sponge cakes, toasts and other pastry products that are consumed in 71 countries. Constant innovation, improved recipes and a wide variety of solutions adapted to each distribution channel are key to growing sales in every market sector.